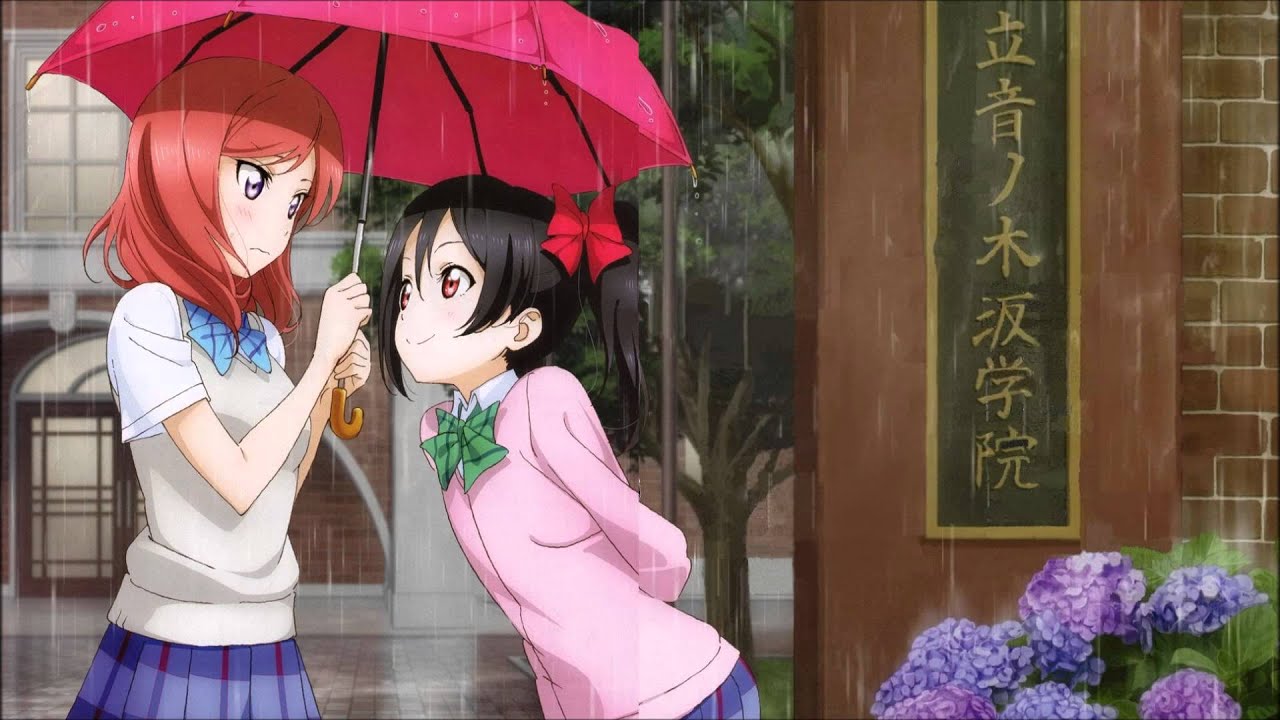 Nishikino Maki was to marry the princess of the Otonokizaka Kingdom. As part of tradition, she was set to go on a one month journey across the country to experience the culture outside the capital.

However, this journey has many surprises in store for Maki, and her heart. There was never a day where in Umi Sonoda would not encounter stressful situations.

Things like having to deal with an irritating boss, tons of paperwork, a toxic girlfriend, and unlucky days, which seemed to have put her in a bind spot.

Despite all these, she still managed to live normally until that day came when she witnessed a murder scene that made the people involved search for her every single day without any rest.

With the additional trauma that has entered in her life, she decided to move into the countryside, where she gets to meet a former military officer of the Special Forces named Eli Ayase.

Life became comfortably peaceful for Umi and could feel that kind of warming protection coming from Eli. However, things sooner took a sharp and worse turn when the people who are in pursuit came back to hunt her down.

They will not stop until she was put into her grave. But, the blonde will also not stop protecting the woman who had come to light up her dark world.

With the love slowly blossoming between the two of them, they can tell the world that everything happens for a reason.

Five years after the events of "Kotori's Samurai" Kotori's land is in the mist of civil war, desprate for aid she turns to some old friends.

But a lot can change in five years and not all of for the better. Her first co-op placement puts her in an almost surreal situation where she has the opportunity to meet her idols, and perhaps even more than that With renewed resolve and relationships built, Division L goes to work to put a stop to the killing once and for all.

Both of them yearned for each other, miss one another, loved one another but doesn't have the courage to say it.

What happens when they finally meet? She want to help the other. She don't want the other to know. There are things that both Rin and Maki find desirable about each other.

The only problem is that they aren't in a relationship. Ayase Eli, Sonoda Umi, and Nishikino Maki are making their way through the woods around the Nishikino mountain camp during the annual Muse Autumn camping trip.

Will they be tripped up? How afraid of the dark is Eli? What will happen next? She soon dreams about a unknown world. And the next day turns out the world was real?

The elevator door dinged and Maki had no other choice but to step out. This floor smelt far more different than the rest of the hospital.

It smelled metallic, like stainless steel and blood, with the lingering scent of formaldehyde. Three years ago Maki kissed Nico, and Nico told her she didn't feel the same way.

Every day since then Nico has wondered if she made the right choice. Hanayo relaxed. Nozomi had brought her back to the campsite, along with Dia, who was stacking a s'more, sitting next to a sleepy Ruby.

Now, Hanayo only had to worry about Rin, who had just taken Eli and Nozomi's oldest twin, 10 year old Vik, into the woods to meet Nico for some more mischief.

Ah, Hanayo had planned for this. A worried Teddy threw open the tent flap where she and Kaito and Kotori were playing Animal Crossing.

Screw it, Maki thought, once she was near the main house, it was going to be a bath. A long, hot bath. Soda mixed with pumpkin guts was -no surprise - disgustingly sticky and if Nico, the person responsible for this, thought Maki was planning to get anywhere near her any time soon, she could think some more.

Maki was going to be alone, in a flannel bathrobe, watching cartoons, eating leftover lasagna as soon as she could.

What's the quickest way to camp? Staying on the trail is only making us targets. Maki was pretty sure there was a small clearing coming up, one they'd often used to camp when it was only family.

From there, it would be easy to plot a path to the house. Light flickered ahead. Eli suddenly sped up, pushing between Umi and Maki. Umi grabbed for her and missed, hissing, "It's a trap.

Umi and Maki glanced at each other, hearing dragging noises, watching the light flicker ahead of them, shadows of movement obvious as the path narrowed, trees leaning in with a prickly tease, before they stepped in to the clearing.

In the middle of the clearing, on a slight hill, stood a tilting scarecrow, leering face carved out of a pale gourd, spotlight illuminating Eli's coat draped over its shoulders.

I'll be posting these in days chunks so enjoy. If you want a link to the server, PM me. Story Story Writer Forum Community.

School idol project. Ayase Eli, Sonoda Umi, and Nishikino Maki are making their way through the woods around the Nishikino mountain camp during the annual Muse Autumn camping trip.

Will they be tripped up? How afraid of the dark is Eli? What will happen next? She never forgets anything" Umi groaned. This is a joke.

We don't have to worry. Eli gets a little scared…" "Hey! A howling wind noise started intensifying and the music picked up a chorus of howls. Umi held them both down until she was sure there was not going to be another explosion.

Won't she be lost? But we need to get you back to camp. Eli and Umi glared in response. Maki sighed, "Right. Ruby's tired.

No flashlight? N: Have a plan. Stand down. Don't text me. Umi needs some inspiration.